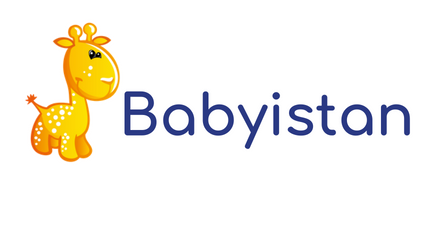 No Widgets found in the Sidebar Alt!

No Widgets found in the Sidebar Alt!

Women often appear to ‘bloom’ during pregnancy. Some women do indeed enjoy thicker, shinier hair and brighter skin during pregnancy, but others will suffer from one or more common pregnancy complaints.

These are entirely normal and there are some excellent treatments available to help you manage some of the more unpleasant effects of pregnancy. However, it never harms to consult your Doctor once, even if it is an expected symptom.

The most common complaint in expectant mothers is that of nausea. It is commonly referred to as morning sickness, but in reality, it can strike at any time of the day. This common condition is thought to affect some 75% of expectant mothers and will usually pass by the 14th week of pregnancy.

During pregnancy, there are increased levels of progesterone in your body. This serves to relax smooth muscle tissues and slow down the digestive process, leading to gas, burping and flatulence.

Pregnancy gingivitis is a common complaint affecting around 50% of pregnant women. Bleeding gums when you brush or floss are also caused by higher than normal levels of progesterone.

Hemorrhoids are simply swollen blood vessels. During pregnancy, they’re likely to appear in the rectal area, making the area itchy and painful during a bowel movement. Those who have previously had the condition are more likely to be affected in pregnancy than those who haven’t.

It is estimated that over 40% of pregnant women will experience varicose veins during pregnancy. These enlarged blue or red veins will typically develop on the leg and possibly around the vulva. They will typically appear worse in the third trimester and will usually disappear of their own accord up to three months after childbirth.

Changes in the chemistry of your blood mean that swollen ankles and feet and, to a certain extent your hands, are a common side effect of pregnancy. You should always consult your healthcare provider if you notice swelling in your face or around your eyes or excessive swelling in hands, feet or ankles, as this could be a sign of preeclampsia.

More Serious Pregnancy Complaints Occasionally, women fall prey to more serious conditions during pregnancy. Now is not the time to panic. Many women sail through pregnancy without a care in the world, but it doesn’t hurt to be armed with all the facts and seek further advice if needed.

As many as one in 50 women suffer from hyperemesis gravidarum during pregnancy. This condition is essentially a severe form of morning sickness that can cause you to lose up to 10% of your body weight. It is more prevalent in first pregnancies, young mothers and women who have had multiple births.

When diabetes first develops during pregnancy, it is known as gestational diabetes. Found in up to 10% of U.S. pregnancies, the condition can cause complications during pregnancy and birth if left untreated.

Symphysis Pubic Dysfunction or SPD is fairly common in pregnancy. The condition causes increased instability of the pelvic joints which can result in mild to severe pain. If you feel abnormal levels of discomfort when moving around normally during pregnancy, it is important to inform your doctor so you can receive appropriate treatment.

Preeclampsia is a serious condition that only affects pregnant women and their unborn children. It typically occurs in the late second and third trimesters and causes high blood pressure, sudden weight gain (over and above what you would normally expect), changes in vision and headaches. If you feel unwell during pregnancy and you are suffering from any of these symptoms, do not delay to seek help immediately.

Do Read – List of Essential Baby Products for NewBorns.

Do note, that it is very important for you to keep your Doctor informed of any discomfort that you might be facing. It might seem like a small issue to you but it is always good to take your Doctor’s advice.